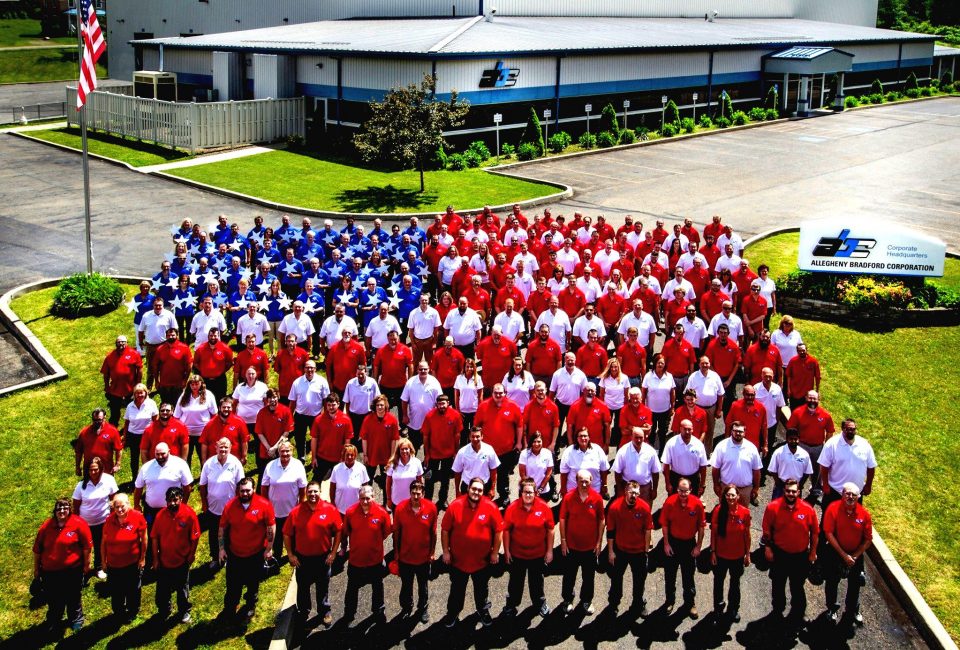 Located in Lewis Run, Pennsylvania since 1969, Allegheny Bradford Corporation (ABC) has been manufacturing equipment of the highest quality for sanitary applications such as: heat exchangers, filter housings, tanks, pressure vessels, process systems and custom fabrication for pharmaceutical, industrial, food and beverage for end users and OEMs. The needs of this industry are typically quick response and reliability in terms of delivery. ABC produces a very high-quality product and as part of the long-standing service to their customers, they wanted to improve lead-times and on-time deliveries as they were experiencing too many late orders.

The Case for Change

Brian Piscitelli, Plant Manager along with internal champions, Jeff Bryant & Kyle Okerlund, led the effort to implement the Goal Tree that was developed as part of Future State Engineering’s Design Sprint process. The future state design defined the solid plan to reduce lead-time and improve on-time delivery performance, while simultaneously reduce WIP and reduce costs. “Without having the stability and systems in place and in order to keep up with the shortfalls of the system, we had to expend a lot of overtime which is a cost to the company and creates an employee morale issue.” As a result, the organization was facing some negative implications including:

To overcome these potential negative implications, ABC contracted with Future State Engineering (FSE) to assist in the implementation where the goal was to address three challenges: 1) respond back to the customer quickly, 2) improve on-time delivery, and 3) reduce lead time. By performing an eight-month Operational Excellence implementation, the company implemented the plan that not only addressed all three areas, but also put sustainable processes in place that were not previously in place.

A key part of their project was getting the company to categorize everything into product families which were based off data that was previously collected over a two-year period of actual production time for each product. The synchronization of each product’s components was also looked at, and instead of starting all components at the same time, they implemented staggered starts so that all components of a given product would finish at the same time vs. different times. Finally, they created a cross functional Order Action Team whose objective was to schedule and acknowledge all new customer orders within a 24-hour period after the receipt of the order. These concepts drove all other company initiatives that supported the customer need for improved on-time deliveries. Piscitelli said, “This prioritizes what work the production team should be working on, improves flow, and reduces WIP.”

After conducting the Operational Excellence Implementation, their response back to the customer for acknowledging orders was reduced from 2-3 weeks to 24 hours, order lead time was reduced by 55%, work-in-process inventory was lowered by 56%, and on-time delivery performance was improved by 35%, all of which was based off the parameters defined in the future state design. Due to the breakthrough results from this implementation, the company is rolling out similar initiatives at their second facility. An Operational Excellence Implementation plan includes three stages: “Achieve Stability”, “Achieve Capability”, and “Achieve a Continuous Improvement Culture”. If you want to learn more regarding an Implementation and what it can do for your organization, email Future State Engineering at info@futurestateengineering.com.